The fauna and flora of Camargue 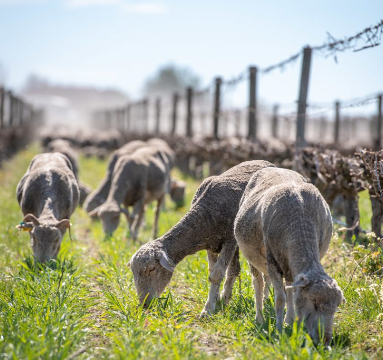 The wealth and specificity of the vegetation in Camargue is due to the combined influence of water and salt. Irrigation water softens the north of the delta while the seawater introduced in the southern zone for the production of salt increases the salinity of the soil. In these conditions, halophytic plants are predominant because they tolerate salty environments. The most representative in Camargue is marsh samphire, also called "glasswort": a cactus-like plant with fleshy green stems. It thrives in the salty soil of the Sansouïre (the local word for the Camargue steppe where salt-tolerant plants grow) and offers up a palette of different colours with the passing seasons.

The less salty soils welcome a great wealth of aquatic vegetation. Sea lavender spreads like a carpet and brightens the pastures with its tender blue colour. Six varieties are present in Camargue. They reject the excess salt absorbed by the leaves. Few trees can tolerate the salinity of the soil, but Tamarisk trees grow in small copses dotted around the plain. Reeds or "giant canes" grow on the edge of the lagoons and form strong, windbreaking hedges. They are often surrounded by yellow irises, water crowfoot, broom, and forget-me-nots.

The coastal dunes of La Pointe de l’Espiguette are home to typical vegetation such as tall marram grass and spurge, and plants that help stabilise the dunes such as sea grape (a small green shrub with clusters of red fruit), sea holly (or blue thistle), and sand lily. The latter flowers in summer at the heart of the dunes and is protected at the national level, as are many other species present in Camargue (dwarf garlic, myosotis pusilla, etc.)

This rich and preserved ecosystem is also the cradle of a wealth of animals of all sizes: insects, amphibians, bulls, horses, etc. But above all it is an important migratory stopping point for many water fowl and ducks, which makes it a great place for birdwatching. Over 150,000 birds representing over 250 different species pass through the Camargue during their migration or live there throughout the year.

Of all these birds, the species that is most representative of Camargue is the flamingo, which is present in the region all year round. In springtime, the population can reach up to 30,000 birds. They mainly gather in the Fangassier lagoon, just southeast of the Vaccarès lagoon, where an artificial island was created in 1970 to compensate for the destruction of the natural islands and allow the flamingos to continue to breed in Camargue. Since 1979 and the creation of the Birds Directive, the flamingo is a totally protected species in Europe. This directive concerns the protection of birds but also their nests, eggs and habitats.